The 1967 Airstream Globetrotter has finally found its home amongst the creosote bushes on the Tortoise Crossing property (but currently calling it THE FARM). We are days away from finally getting the official permit for the garage conversion. SO EXCITED! Until then, we are slowly finishing up some things at the Palm Springs house in the master bath and gathering some off the grid supplies for Airstream living.

We have so much planned for the property: greenhouse (pool inside the greenhouse acting as our solar mass), fruit orchard, grey water system, cactus garden, potentially drilling a well…and there will be lots more I am not thinking of right now. Oh yah…and the garage conversion! 2 bed, 1 bath house 🙂 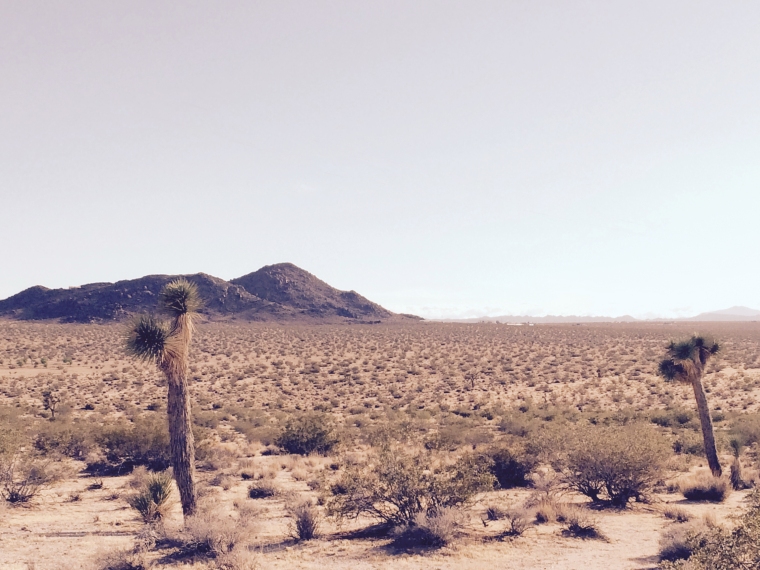 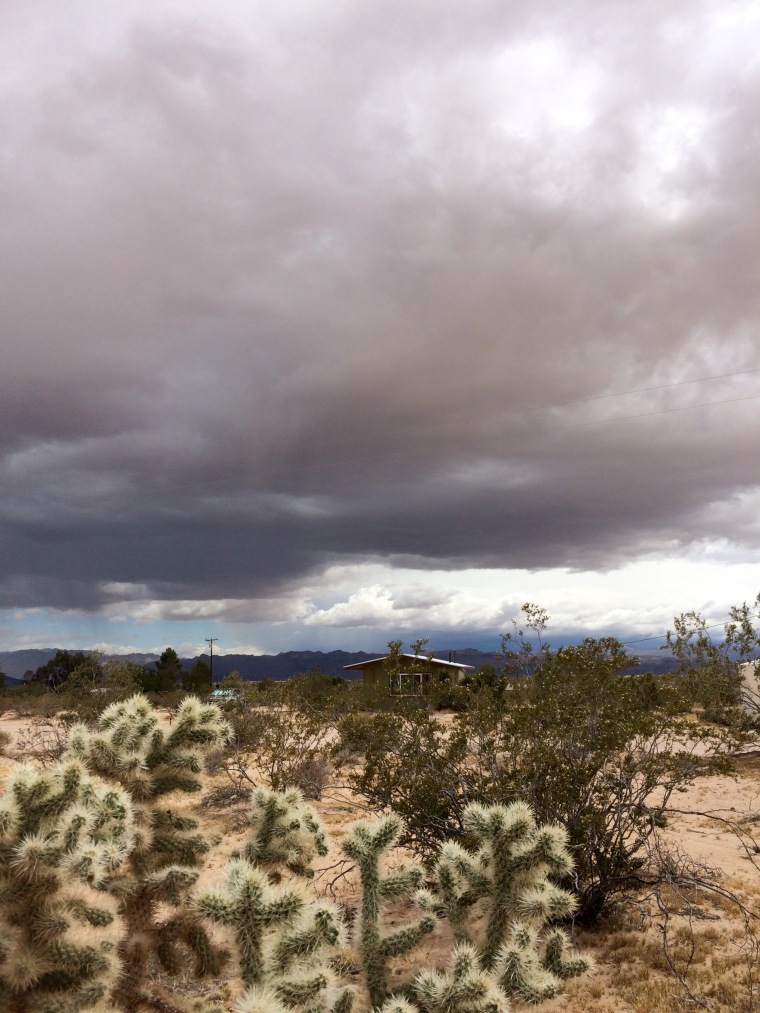 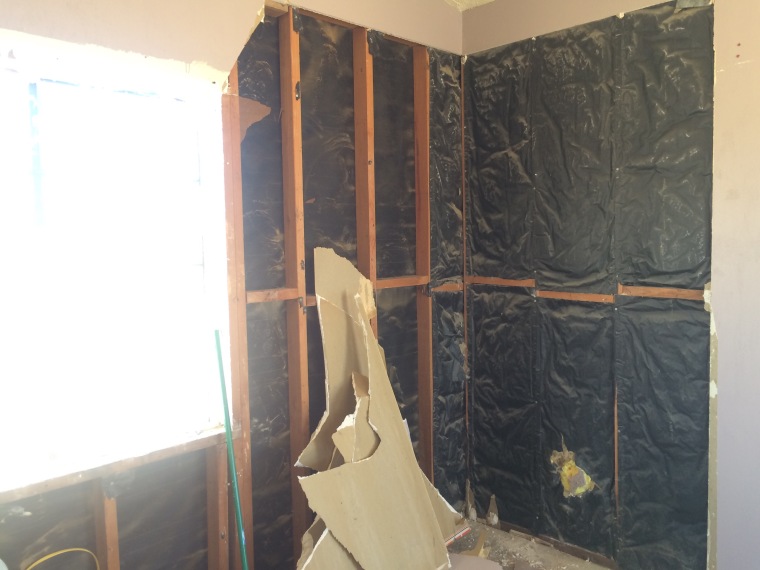 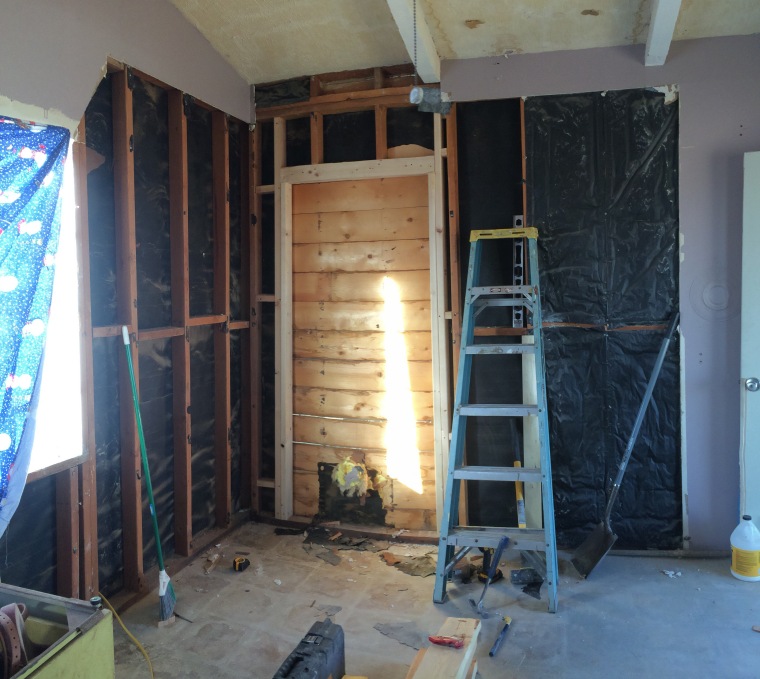 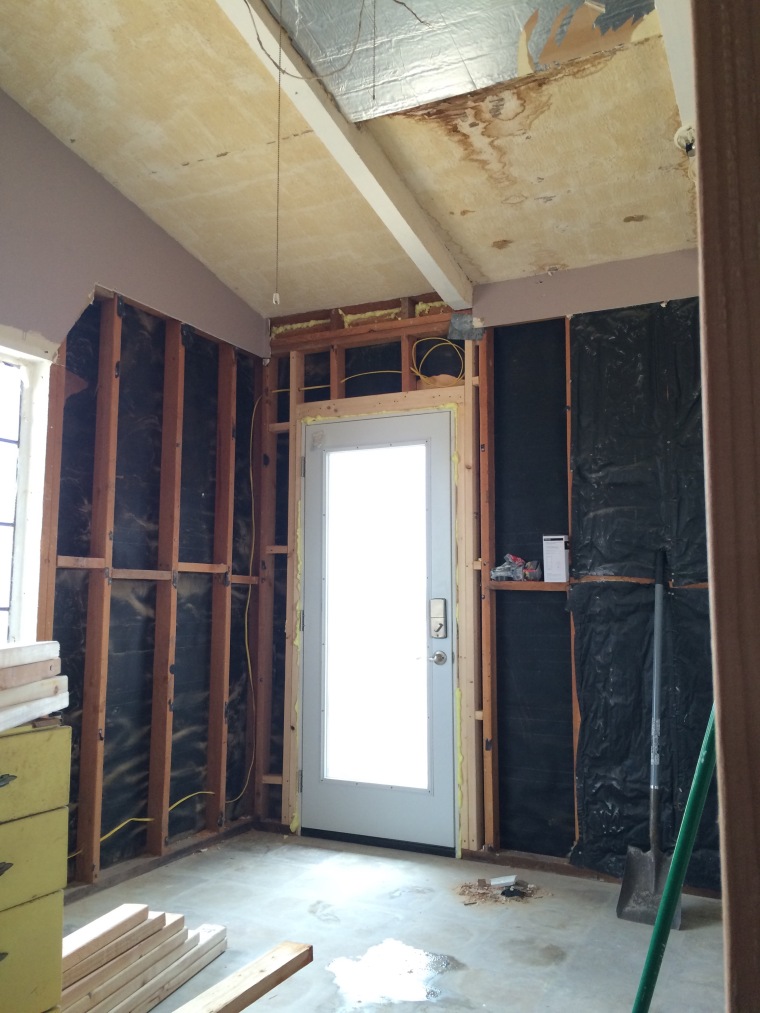 I had the hardest time with the layout. The flow of the space just didn’t feel right so I was going back and forth about where to put the door.  Should I actually add on and how much should I add on. The front of the cabin doesn’t allow enough space for the door to be next to the window unless I alter the size. I want to try to keep the window size the same so that was out. Ultimately the side made the most sense. As far as adding on I plan on tearing down the poorly built lean-to patio and rebuilding it.

When I opened up the wall for the door I could not believe how hard it was to remove the 2×4’s. Come to find out each horizontal wood slat had 3 nails in the vertical 2×4. Each 2×4 had 45 nails total. As much as the structure looks like it is going to fall over, that cabin isn’t going anywhere even in a earthquake.

Being that the space is only like 168 square feet inside, the more windows the better. I bought a 4×4′ window for $40 at HD two years back because it didn’t have a screen so I will be installing it next to the door on the east wall.

I had to take the dreaded trip to the dump today and take all the drywall and excess house materials pulled from the cabin.  It really made me rethink my consumption and recycling practices. Not to mention I made a huge mistake and wore flip-flops to the dump.  I can’t say I have ever done something as disgusting before, at least that I can remember. I did not think I was going to have to unload my trash while standing on trash. I was very wrong.  Every time I looked down to watch my step I saw another VHS porn…I think the last was “Full Frontal.” 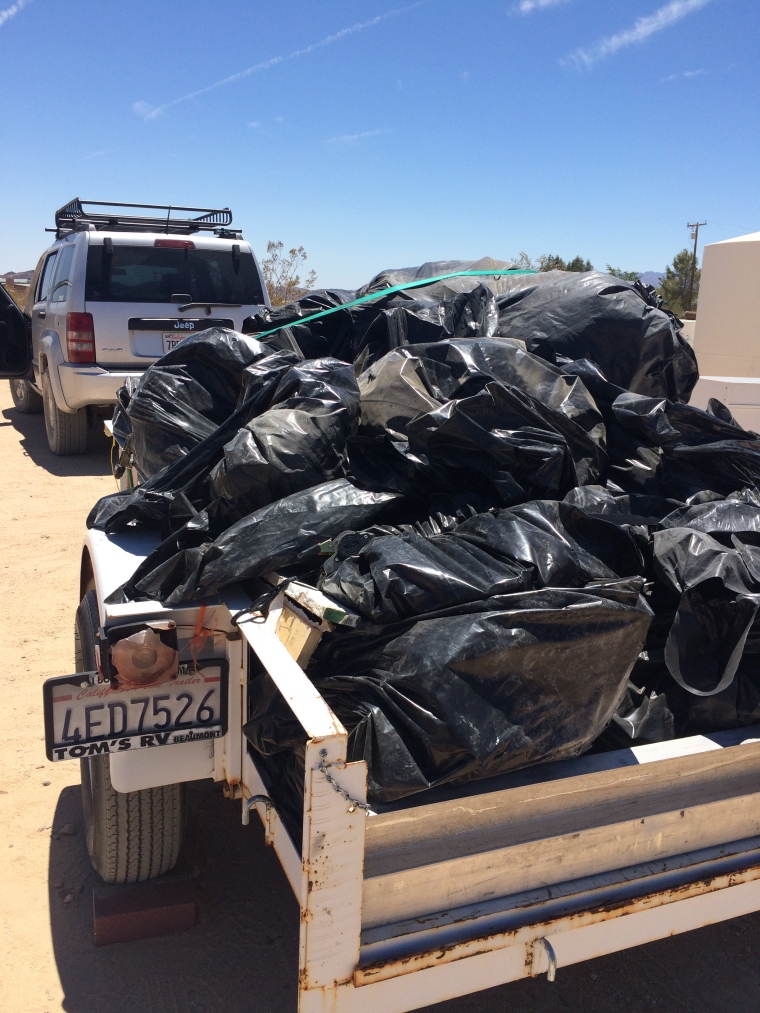 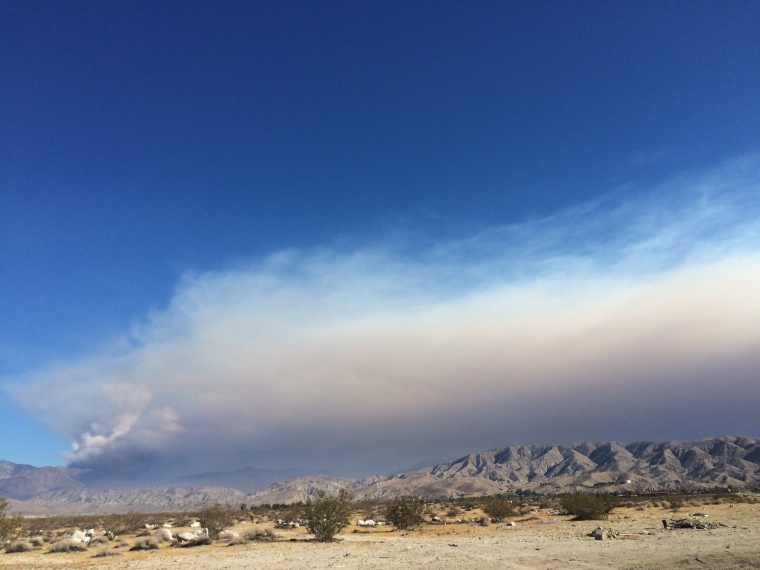 It is the second day of the Lake Fire and it has been an experience.  It is incredibly smoky in Morongo, Yucca Valley, Landers, and Joshua Tree.  There is ash on everything.

We went with the Niagera/Stealth toilet again.  We used the same at our other homestead and our PS house.  They only use 0.8 of a gallon. Love it. 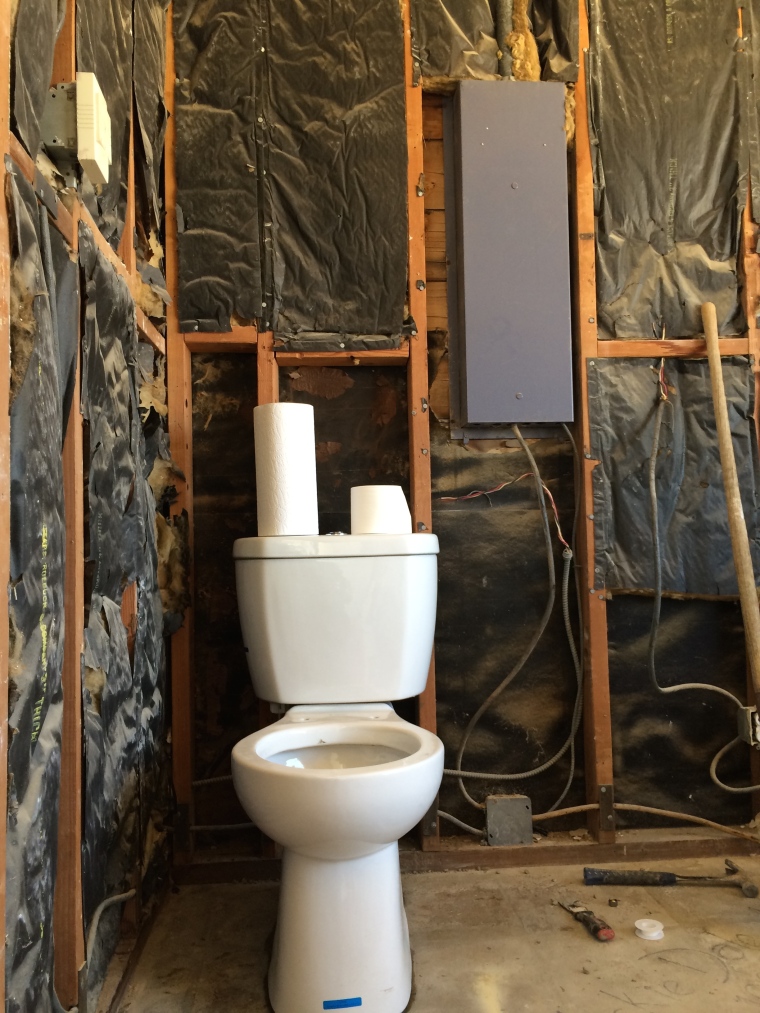 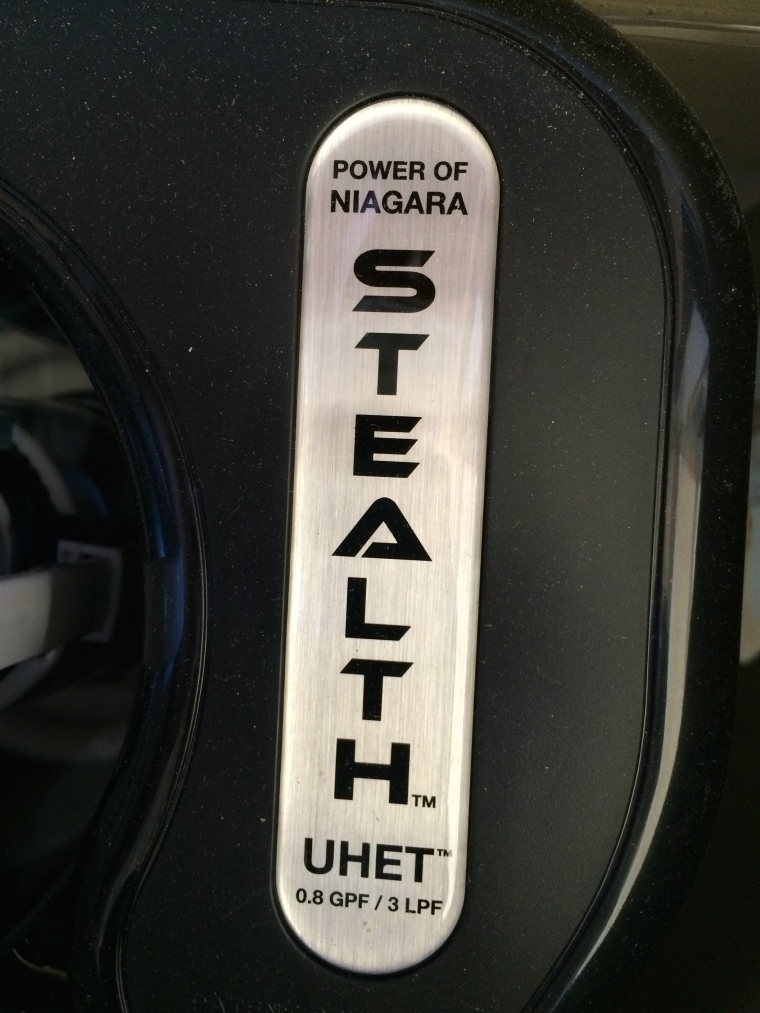 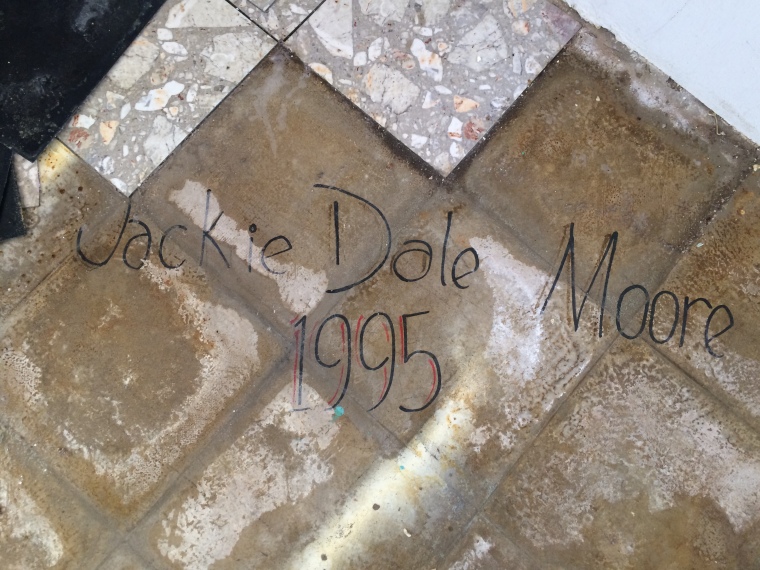 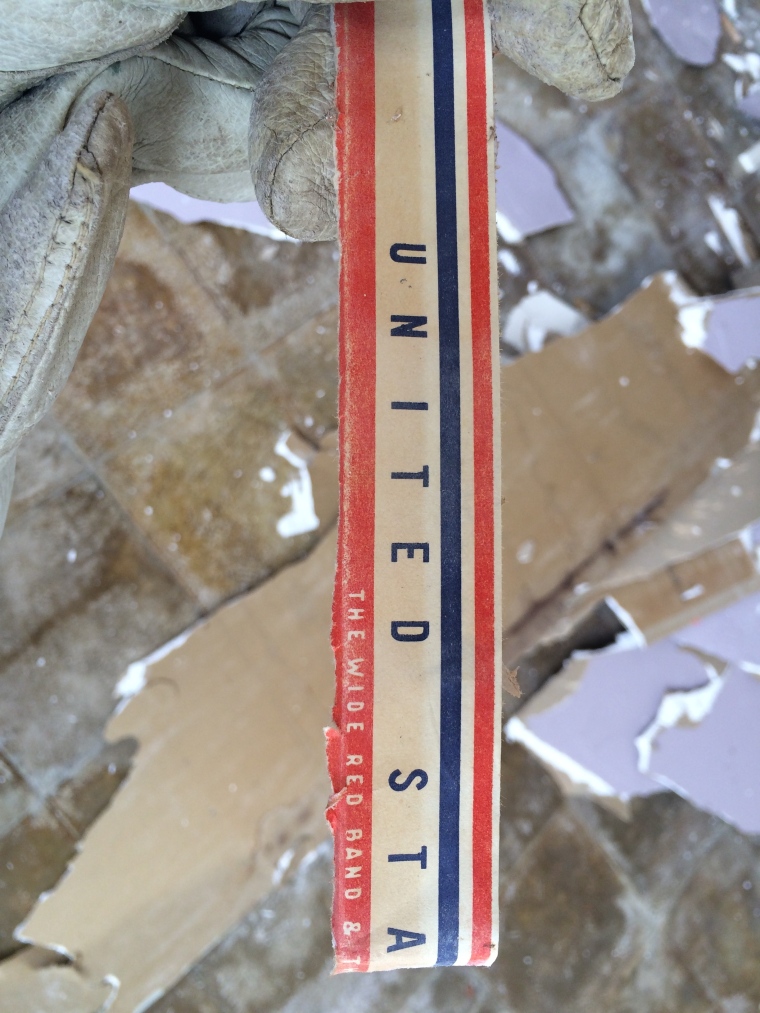 I Finally scrapped up the hideous 1990’s sticky tiles. Pulled off drywall from the south and west walls.  K and I finally finalized the layout of the kitchen and bathroom.  After spending the weekend going back and forth about the designs we decided to work with the existing square footage of the original homestead cabin.

THE tiny BIG LIFE
Create a free website or blog at WordPress.com.